Story has it that the first popper was created by a sweet maker from London, Thomas Smith in the mid 1840’s. It is said that the French bon-bons, with their twisted ends, were the means of his inspiration. He decided to put a little love note inside of his popper. History has it that the love notes were mildly successful, so Mr. Smith added the “snap” and that did the trick! The treats later evolved into little trinkets. 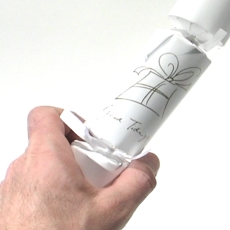 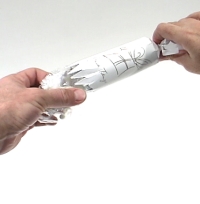 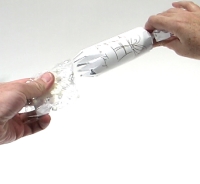 Which brings us to St. Stephen and the Feast they have named after him.

St. Stephen was a generous man who thought mainly of the “needy” and giving them the little everyday things they needed to survive.

He is most famous for caring for widows, the elderly and the poor.

Originally, Stephan was a Deacon in the Christian Church. But the Church found they needed volunteers to aide with the widows and the poor. So, the Apostles ordained seven Deacons. Stephan was one of those Deacons.

It is said that he was most forthright in his conviction to care for the widows, poor and the elderly. And when his preaching and his prayer and his thoughts became too much for certain townspeople, they created lies about him and lynched him!

They say that St. Stephen was not afraid of the angry crowd; that he was quite calm and had a most angelic quality about him that day. And right up until the moment of his physical death, he was still expressing his love for God, Jesus and those in need.

St. Stephan knew the elderly, widows and the poor needed little things and he would deliver them. He knew how to help them and how to nurture them. He knew that the most important part of their day was mental and physical health; and that sometimes a blanket and a visit was worth more than a pot of gold.

St. Stephan knew that it was truly the little things that mattered.

And speaking of little things, and giving to those in need.

There is Boxing Day.

Undoubtedly due to St. Stephan and similar works from the church, beginning around 800 AD, Boxing Day is the day the alms boxes from the Churches were given to the parish’s poor and needy.

Also, this holiday was aptly named because this was the day when the Lord of the house would clean out their home and rid the household of baggage; excess things. They would take these things, no longer needed for the occupants, or for the household and place them in a box and give them to the help; hence, “boxing” day.