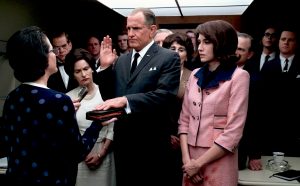 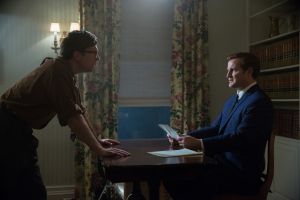 The Apia Young at Heart, Senior Citizen’s Film Festival returns this April to Melbourne, Sydney, Brisbane, Canberra and Adelaide with a specially curated selection of dramas, comedies, documentaries and retrospective titles. Presented by Palace Cinemas, the Festival caters specifically to film lovers over 60 years of age.

This year Palace is thrilled to welcome Karen Zeccola as the official Ambassador of the Apia Young At Heart Seniors Film Festival. Having been part of the Palace Cinemas world for 40 years Karen travels to the Buenos Aires Latin American Film Festival, Venice and Cannes film festivals each year to select films as well as playing a pivotal role in the refurbishment of Palace Como, Balwyn and Westgarth cinemas. In addition, Karen also worked on the design of the new ventures – Palace
Centro and Barracks in Brisbane. Of the Apia Young At Heart Film Festival, Karen says: “I enjoy travelling to Europe and South America and being part of the buying team that sources films for our extensive audience. Therefore I hope our senior patrons will enjoy the festival and all the films particularly selected for them.”

Highlights of the 2018 Apia Young at Heart program include:
.  Last Flag Flying, a 2017 American comedy-drama directed by Richard Linklater (Boyhood, 2014) and based on the 2005 novel
by Darryl Ponicsan. It stars Steve Carell, Bryan Cranston, and Laurence Fishburne as three Vietnam War veterans who reunite
after one of their sons is killed in the Iraq War.

.  Chappaquiddick is a tense, scrupulous, absorbingly precise and authentic piece of history — a tabloid scandal attached to a smoke-filled-room travesty. It recounts the tragic car accident and its aftermath that cast its shadow over the political career of Edward Kennedy and, in many ways, came to symbolise his existence. Directed by John Curran, the film stars Australian actor Jason Clarke as Edward M. Kennedy with supporting actors Kate Mara, Ed Helms, Bruce Dern, Jim Gaffigan, Olivia Thirlby, Clancy Brown and Taylor Nichols.

There will also be specially curated retrospective on LEADING LADIES where audiences can re-live the greats on the big screen: Bette Davis in All About Eve, Judy Garland in A Star Is Born and Dame Maggie Smith in The Prime Of Miss Jean Brodie. 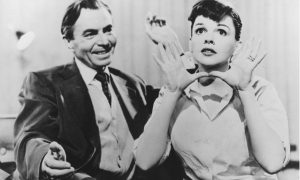 EXPLORE YOUR GOALS FOR THE YEAR AHEAD