CORD CUTTING. GETTING RID OF CABLE AND SATELLITE TV.

JOIN THE BROADCAST REVOLUTION AND CUT THE CORD!

Cord cutting. Getting rid of cable and satelliete tv can be a familiar thought but an actionlesss thought. The broadcast revolution is clearly here, but have you joined it? Don’t be daunted by the action of letting go of your provider. Keep your internet connection, but rid yourself of those pesky, massive fees for channel you may have for one-third of the price, or free.

Yes, it is true, if you have Amazon Prime, you are able to receive the majority of your favorite channels for free, presumed free, as you are actually already paying for them in your yearly prime subscription fee. 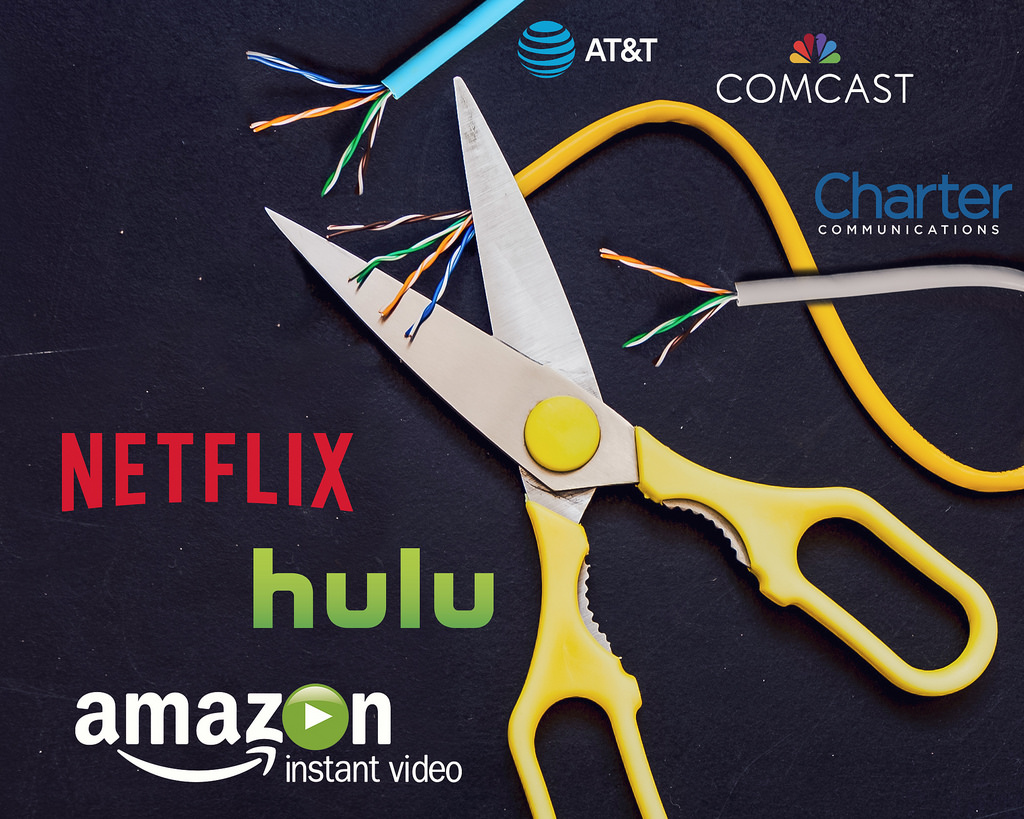 Apps for all of the traditional broadcast and cable network are available for android and apple products, so when you ‘get rid of cable and satellite tv’, you are not losing the ability to watch your top channels or miss any shows.

In fact, you may chose to watch programmed tv or program your own line-up.

Gone are the days when, the advertisers tell the broadcasters what to air. Now, the audience is in charge. You, the audience, one viewer at a time, has the power to choose what television program you want to watch whenever, wherever and on which device.

The most difficult aspect of cord cutting, getting rid of cable and satellite tv, is getting rid of it. There is a security to that which we are familiar. Do not be afraid, you may always turn it back on, simply call your cable or satellite provider and re-instate your home or office. But if you don’t try it, if you don’t take that leap, you may always wonder what you could have purchased for the extra $500.00 to $1,000.00 you no longer have to pay.

Cord cutting simply means, you are not at the mercy of the line-up of the distributor. You are now in control of your television set.

Within our age group, it’s hard enough to use the remote control, so many only use the WII for fun, and barely any of us play games on the X-box, both entertainment set-top boxes. STBs have streaming, as they are IP driven. Millenials on the other hand own about 3 versions of the X-box, so they can receive their channels through their boxes.

The most common cord cutting, and many have done it in a beginners version, without realizing it, is Netflix. It is a streaming content provider. Many are used to this platform. Netflix is the gateway to complete cord cutting and getting rid of cable and satellite. Netflix allows the viewer to be in charge by choosing the program they want, when they want it. Truth is, sometimes, no one knows what to choose. Often we like, sit-back tv and having our programming chosen for us. If you want a cable or satellite successor, here are the top cord cutting solutions for a replacement:

Streaming services are different from LiveTV; whereby the programming is feeding. Streaming is the ability to watch the programming without being strapped to a cable or satellite provider. The entertainment is then streamed though your IP (internet protocol) provider, rather than an analogue “cable” or “satellite” provider. The most common and library-filled are:

Keep in mind the traditional broadcasters now have their own apps and local tv stations may be viewed with an HD antennae, yeah, ol’ school!

Don’t be afraid to cut the cord, and don’t be afraid to save money. Cord cutting, getting rid of cable and satellite tv may be just the ticket for a more enjoyable, lean-back, viewing experience.

Previous : INSTEAD OF GLUCOSAMINE, NSAIDS, NARCOTICS OR STERIODS FOR INFLAMMATION USE TUMERIC USE TUMERIC AS AN ANTI- INFLAMMATORY!
Next : FINALLY! MAGAZINE The Premier Magazine Just For You! Baby Boomers Magazine, Senior Citizens Magazine, Top of Gen X Magazine, 55 plus